(Note: From 4 February 2016 onwards, the iWS is dismantled and no longer active. The plot above shows the last week of observations.) Here you can follow, in near-realtime, the data of the weather station installed in December 2014 on the Roi Baudouin ice shelf. The plot above shows the observations of the five most recent days. The left uppermost panel shows the wind speed at station level (around 4 meters above the surface). In blue is the actual (instantaneous) wind speed, in green the hourly maximum wind speed. The right uppermost panel shows the air temperature at station level. When the line exceeds the horizontal dashed line, air temperature is positive, generally a signal of surface melt. The next panel (second row, left) illustrates relative humidity (RH), which is a measure of the amount of water vapor in the air. When RH is high (near 100%), the atmosphere is moist and cold (usually at night or in winter), whereas low RH values generally indicate that the atmosphere is dry and warm (daytime in summer).

The lowermost panel on the left show the four components of radiation: the incoming solar radiation, the outgoing solar radiation, the incoming thermal (longwave) radiation, and the outgoing thermal radiation. The blue and green curve show strong daily variability in summer, because there is strong radiation during the day (the sun is high above the horizon), and much lower during the night (the sun is near the horizon). In winter, when the polar night starts, these components will be zero. Thermal energy depends on the surface temperature, and is much more constant in time. In winter, the outgoing long wave radiation will cause the surface to cool continuously, creating very low temperatures. The right panel shows the accumulation - when there is snowfall or snow deposition by the wind, this line will be upward, and when there is snow erosion or surface melt, it is directed downward. The blue line depicts surface albedo (which is the ratio between the green and blue line in the plot to the left). Surface albedo is high when the surface snow is fresh (usually >0.8), but decreases when the snow ages, and especially when the snow melts. Melted and refrozen snow has a typical surface albedo between 0.7 and 0.75.
Location 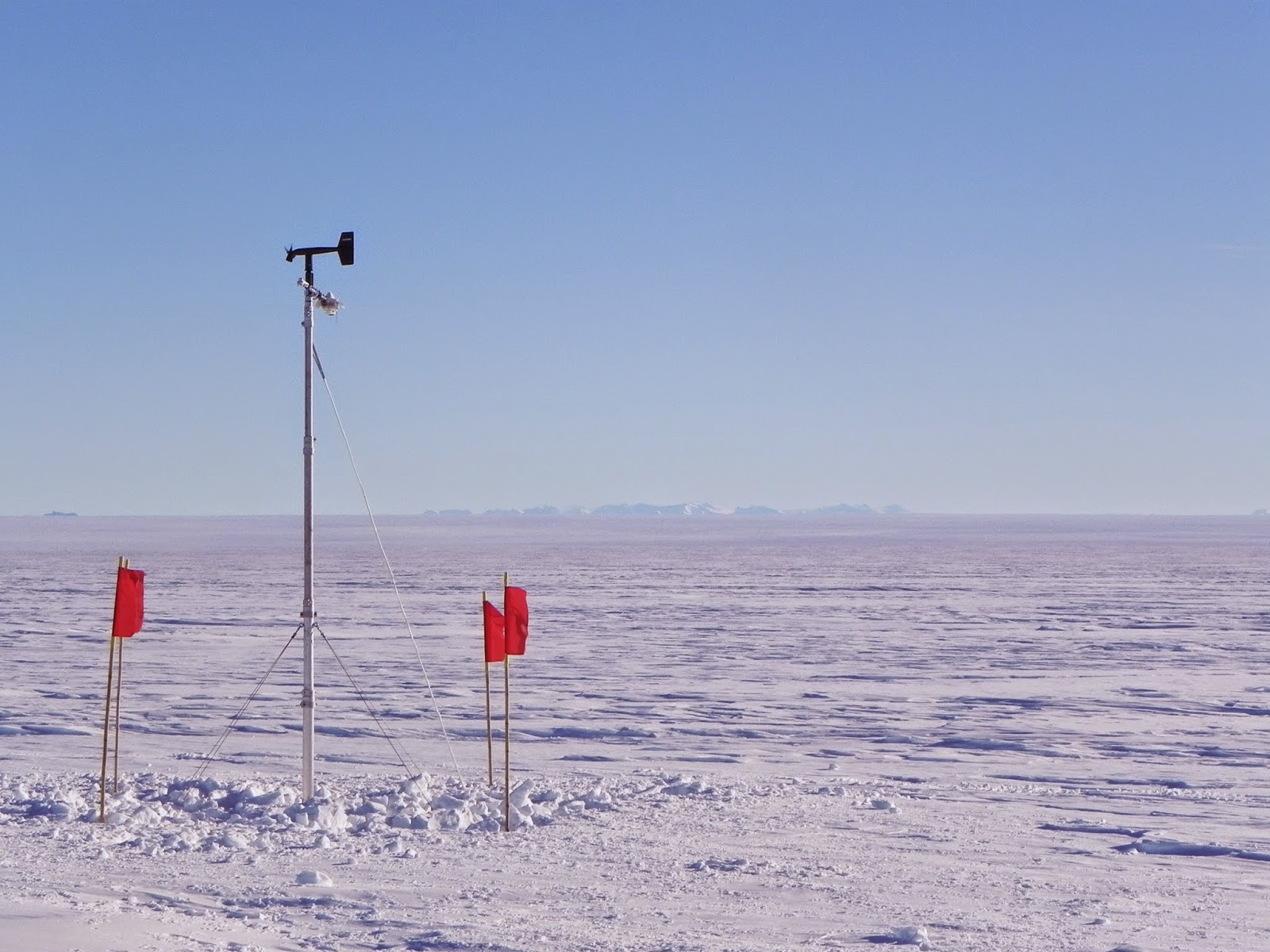 The weather station on the RBIS is part of a new-generation weather station, designed by our colleagues at IMAU, Utrecht University. The previous IMAU AWS design is powered by a relatively large number of lithium batteries and has intricate external wiring, rendering it prone to damage and incompatible with ever-stricter international transportation rules for lithium batteries. Moreover, with this high level of international collaboration, a continuously changing group of researchers and technicians should be able to swiftly deploy and maintain our AWS. In order to overcome these problems, a radically different AWS design was proposed, the intelligent Weather Station for polar use (iWS). iWS uses ultra-low power consumption sensors and electronics (including datalogger), enabling the full integration of electronics and all but two of the AWS sensors in a single unit (wind speed and radiation remain external). In combination with wireless internal and external data communication, this eliminates the need for vulnerable (external) cables and connectors, and greatly facilitates/shortens AWS installation, maintenance and repair visits. With power consumption reduced by over 95%, only three lithium batteries are required to power an iWs: this saves the environment, enhances transport safety/flexibility and reduces costs. Depending on whether the surface is ablating ice or accumulating snow, an independent, locally powered ultrasonic height sensor or snow thermistor string is installed next to the iWS, which communicate their data wirelessly to the iWS unit through Bluetooth.

The poster below shows the design and specifics of the iWS. 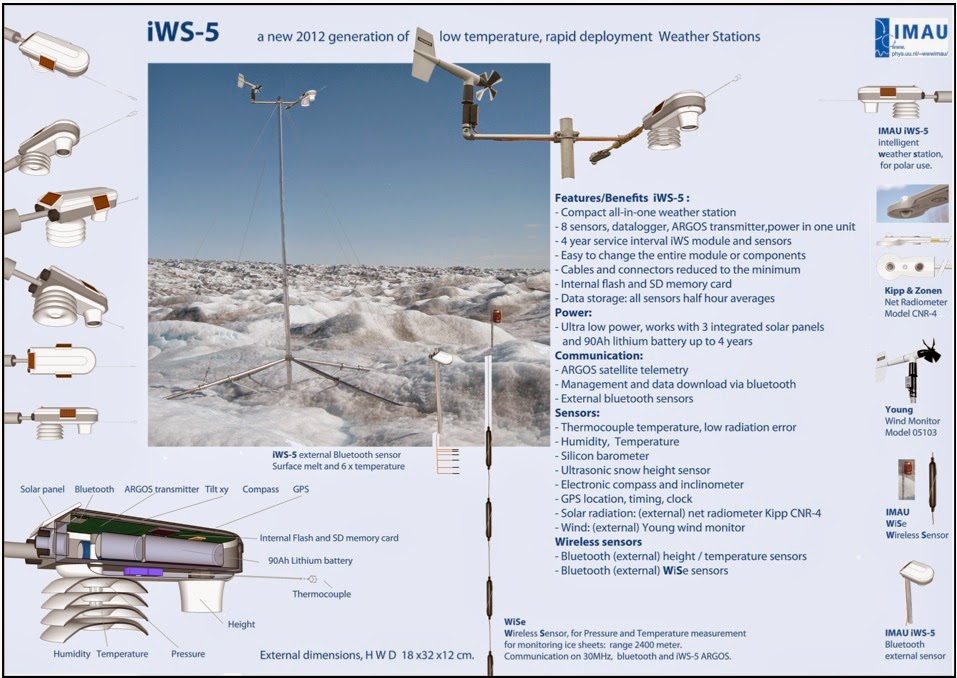 Jan Lenaerts is a postdoctoral researcher at IMAU, Utrecht University. He was awarded the IBLAF Antarctica fellowship 2014-2016. He is the principal investigator and is responsible for management of this project. He is interested in the observations to improve his climate model for better simulations of East Antarctic ice shelf melt.
Stef Lhermitte is a postdoctoral researcher at the Regional Climate Studies group from the Katholieke Universiteit Leuven. He specialises in remote sensing products, and will use these observations for validating satellite products of snow albedo and surface melt.
Mark Eijkelboom is a technician at IMAU, Utrecht University and makes sure that the instruments are working well. Michiel van den Broeke and Nicole van Lipzig provide scientific support for this project.

This project is funded by